RICHMOND, Virginia – When the leaves start to fall, deer become more active. It’s mating season, and that means that the chances of a run-in between a deer and vehicle increases. The greatest likelihood of collisions with animals occurs from October through December. 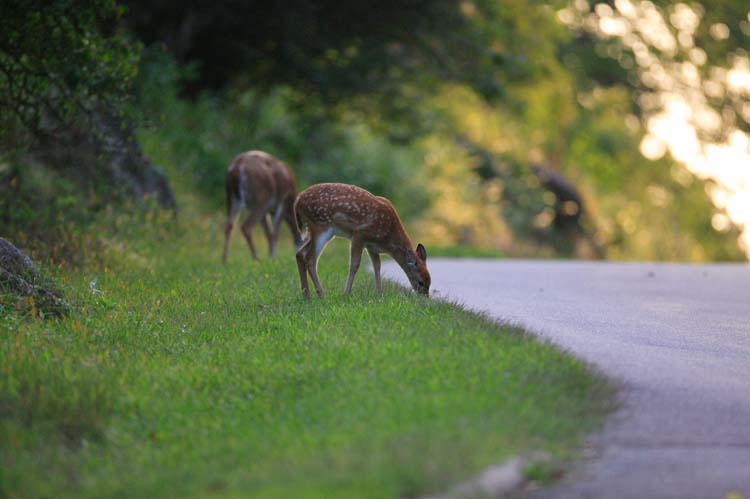 The Virginia Transportation Research Council (VTRC) – the Virginia Department of Transportation’s (VDOT) research arm – is making efforts to decrease these encounters. After evaluating strategies to reduce deer-vehicle collisions, fences were installed along stretches of Interstate 64 in Albemarle County that are known to have regular wildlife activity. Located on both sides of the road, the fences keep animals from crossing and guide them to underpasses where they can safely get to the other side of the interstate. The full report detailing this strategy can be found online.

There are currently two areas with fencing installed: one at the Ivy interchange near mile marker 114, and another near the bridge that spans the Mechums River at mile marker 110. So far, the mile-long segments of fencing have been successful in diverting deer away from the road. “There have been no deer crashes along the first fenced segment in the year and a half since it was constructed,” said VTRC Associate Principal Research Scientist Bridget Donaldson. She also noted there had been no crashes along the second segment in the seven months since it was installed.

VDOT also posts deer advisory messages on its changeable message signs along a 16.7 mile segment of I-64 between Waynesboro and Charlottesville. The messages, which have been used since 2015, are displayed during times when deer are likely to be on the move to raise awareness of possible animal activity. “VRTC found that crashes with deer are significantly lower on days the deer advisories are posted,” Donaldson said.

Deer tend to travel in packs so if you spot one, it’s likely that there are more nearby. While any time of day can be active for deer travel, most deer-related accidents occur starting at dusk and during the evening. It’s important to pay special attention from 6 - 9 p.m.

How to avoid a deer-vehicle collision

If you hit a deer, contact law enforcement in the jurisdiction where the crash occurred. If the animal is dead, you can keep the carcass after you have reported the accident, and an officer has seen the animal and provided a certificate of possession.

Information in VDOT news releases was accurate at the time the release was published. For the most current information about projects or programs, please visit the project or program Web pages. You may find those by searching by keyword in the search Virginia DOT box above.